Designed by German printers the BLACKLETTER or 'Gothic' style of lettering was derived from Carolingian Miniscule, itself developed from Roman half uncial and its cursive version. 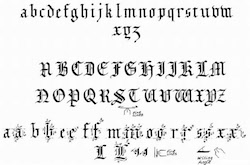 This alphabet is characterised by densely packed, angular letterforms, which are difficult to read in large pieces of text. Used in early printing it was eventually superceded in England and France by the Copperplate style.

A cursive version of Blackletter, known as 'Running Secretary Hand' was widely used by educated people as handwriting - Shakespeare being among those who used it. 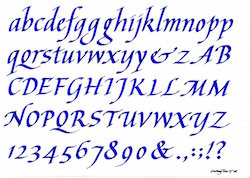 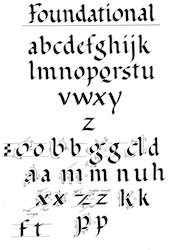 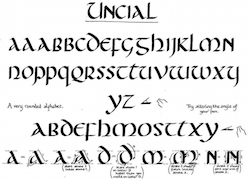